In 2021, the war between the classes broke out onto the stock market, with GameStop square in the middle. What began as a debate over the longevity of GameStop became a David and Goliath archetype, with the members of the subreddit page r/WallStreetBets taking on the hedge fund short sellers.

The chart below illustrates the chain of events commonly referred to as a ‘short squeeze’. 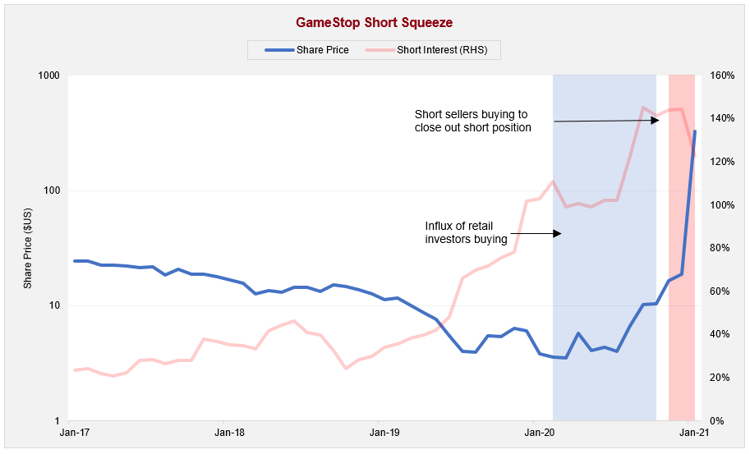 Could a GameStop-like short squeeze occur in Australia?

Historically, short squeezes have been extremely rare in Australia and, when they have occurred, they were particularly mild in nature. We believe there are a number of reasons why the GameStop short squeeze scenario is unlikely to occur in Australia.

As demand for cheap call options increased, so too did physical buying from option sellers looking to hedge their position, pushing up the price of the stock. Rising prices created further demand for call options and the stock, which caused more options to be sold and more buying of the physical stock.

This speculative feedback loop contributed to GameStop’s incredible 18-fold rise in January 2021 and the short squeeze that dominated headlines. We believe such a loop is not entirely replicable in Australia, given the narrow depth and breadth of the single stock options market compared to the U.S.

Arguably, the Australian regulator and exchange does a better job than their U.S. counterparts of monitoring and halting rapid share price appreciation, which potentially negates short squeezes.

Crowded shorts are prime candidates for a short squeeze. At its peak, short sellers collectively borrowed more than 140% of GameStop’s free float.

The chart below highlights the differences between the shorting markets of Australia and the U.S., as at 31 December 2020. 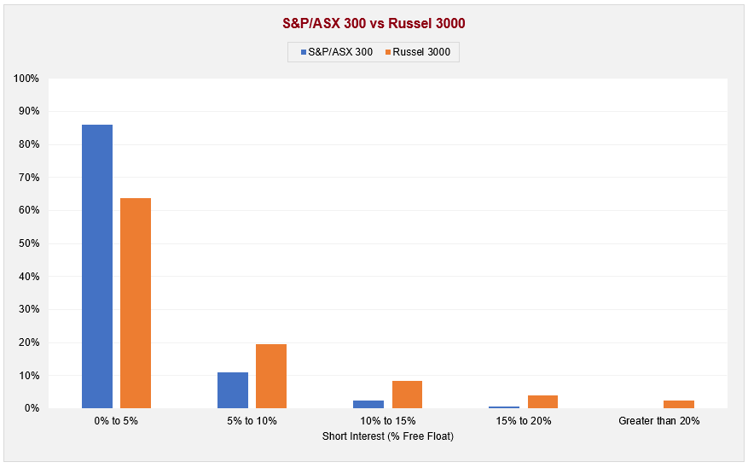 The above chart illustrates that there was no stock within the S&P/ASX 300 Index that had short interest above 20%. Webjet was the most shorted stock in the index with approximately 15% short interest.

How do Zenith’s rated market neutral fund managers reduce the risk of a short squeeze?

Although short squeezes are uncommon in Australia, the risk of their occurrence remains front of mind for our managers that short stocks. In general, our rated market neutral managers manage this risk through the following measures.

As short squeezes are more likely to occur in crowded shorts, avoidance of these stocks is a key risk mitigating technique adopted by all our managers.

As expected, 96% of the shorts held by our rated market neutral managers had less than 10% short interest, as at 31 December 2020.

Short positions can be initiated for a number of reasons, with many managers relying on a catalyst that would cause the stock price to fall drastically, given the high returns required to counteract the risks involved. In addition, many managers will set firm guidelines for short positions, including reviewing positions after certain levels of outperformance or underperformance, or setting stop loss limits where they commit to closing out short positions immediately at certain loss levels or catalyst milestones.

Across our rated market neutral funds, the weighted average holding period for the long portfolios averaged 16 months, whilst it averaged 11 months for short positions.

“In the short run, the market is a voting machine but in the long run it is a weighing machine”

We believe this Benjamin Graham quote perfectly captures the GameStop scenario. While in a stampede, Reddit investors initially managed to punish Wall Street, many of these Reddit investors now find themselves in distress as company fundamentals return to the fore. 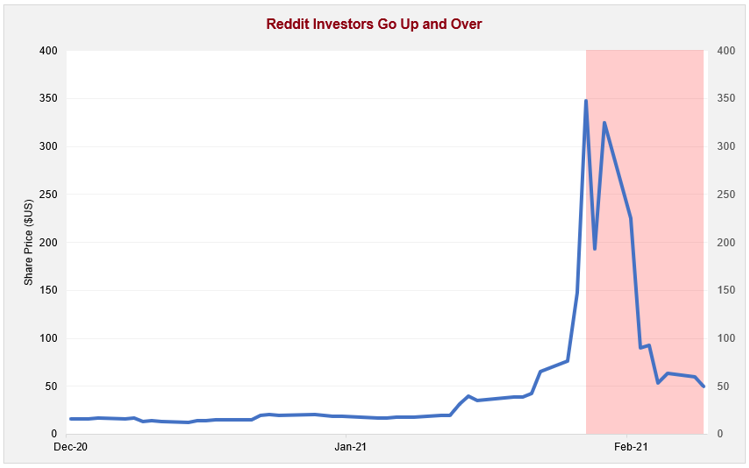 To quote Neville Chamberland, who was the British Prime Minister from 1937 to 1940.

“In war, whichever side may call itself the victor, there are no winners, but all are losers.”