About Us
Our Solutions
News & Insights Contact Us
Login Search

In late July 2021, sweeping regulatory changes were made to the Chinese education sector that sent shockwaves through equity markets. As part of the Chinese Communist Party’s (CCP) ‘common prosperity’ campaign, a number of policies were introduced to ultimately shape Chinese society to be more equitable through closing the wealth gap.

The most widely accepted measure for income inequality is the Gini coefficient, which is published by the World Bank. The chart below compares the most recently published Gini coefficients of China, Australia and the G7 countries. 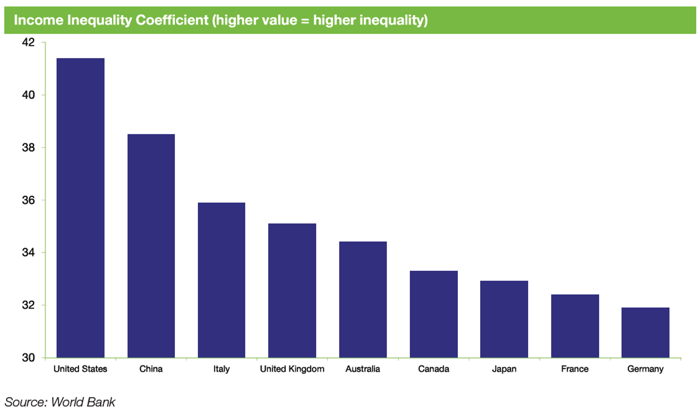 As we can see, given that China ranks highly on this inequality measure, only outranked by the United States, it’s intuitive that the CCP is determined to address this issue.

The world took notice of the regulatory changes, with Chinese education giants New Oriental Education and TAL Education being two of the many Chinese after-school tutoring names experiencing a massive spike in interest on Google.

Of course, it’s no surprise that Chinese after-school tutoring companies were being frequently typed into the Google search bar, given the drastic market reaction to the regulatory changes. The chart below displays the share price performance of Chinese education stocks1 over the three years to 30 September 2021, compared to relevant global benchmarks.

1. Represented by an equally-weighted index of the largest education stocks operating in China, rebalanced semi-annually. Although not all of these stocks have operations directly relating to after-school tutoring, we believe this index is an appropriate proxy to illustrate the market impact of the most recent regulations. 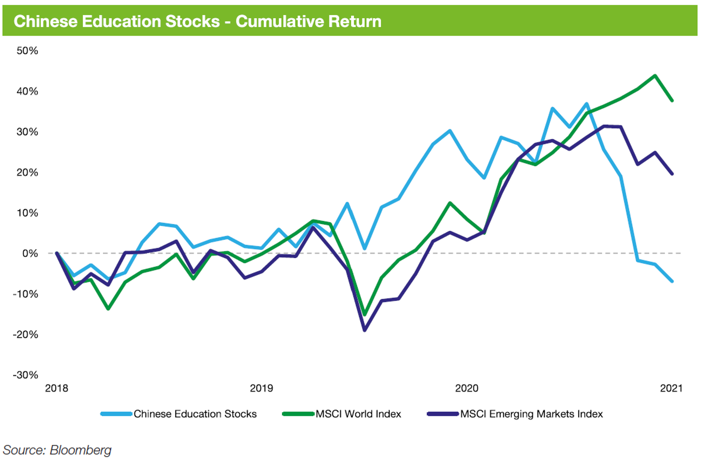 As we can see, stocks that were caught up in the CCP’s agenda were severely punished by the market in late July.

How will these dramatic changes to education reduce the wealth gap?

Although a crackdown on the education sector might initially appear counterintuitive in closing the wealth gap, it’s important to understand that the CCP has remained highly supportive of education, so much so that it made the after-school tutoring sector not-for-profit. The after-school tutoring companies subsequently saw their revenues evaporate right before their eyes. In addition, the following regulations were implemented2:

In line with the CCP’s ‘common prosperity’ objectives, the regulatory changes aim to reduce the burden on children studying and decrease the costs of raising children, ultimately narrowing the gap between the rich and the poor.

There is a myriad of examples of regulatory crackdowns during and preceding Xi Jinping’s time as General Secretary of the CCP. One such area that’s been particularly hard hit over the years is video gaming.

In September 2021, growing concern about the social impacts of video games led to further tightening of gameplay for those under 18 years of age, with Chinese minors limited to playing games for three hours per week. This policy tightening followed a less severe restriction on video gaming that was introduced in 2019. In addition, a blanket ban on gaming consoles from 2000 to 2015 impacted the sector.

Recently, news of slowing game approvals within China hit headlines, with the market immediately reacting. The chart below details the performance of Chinese gaming-related companies3 relative to the broader Chinese market following the news.

3. Represented by an equally-weighted index of video gaming-related companies operating in China. 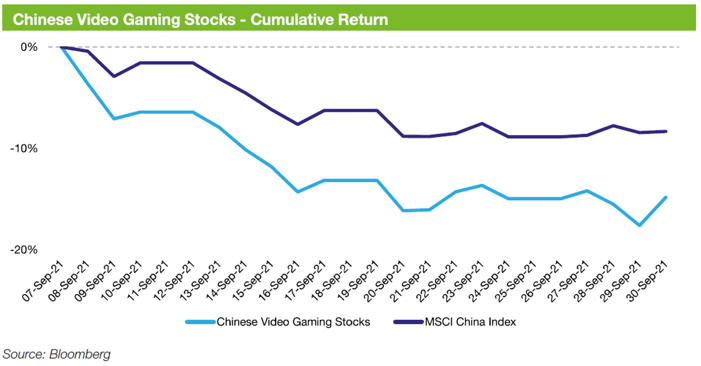 As we can see, video gaming stocks underperformed in the immediate aftermath of the news, which bears a less severe resemblance to the drawdown experienced by the after-school tutoring companies.

Why is active management crucial in emerging markets?

Given the drastic moves in share prices following regulatory action, it is extremely important to be ahead of the curve and identify changes before they happen. Successful active managers can often avoid sectors that may come under pressure, which was the case with the most recent education changes.

Using New Oriental Education and TAL Education as examples, the two stocks most commonly linked to after-school tutoring, we found that 75% of our rated active managers avoided both in the 12 months leading up to July 2021, when the new regulations were announced. In addition, of the managers that held one or both of these companies, 62% exited their positions prior to July 2021. We believe this is a strong case study for active management, with the majority of our active managers successfully navigating the recent regulation-induced market turbulence and others avoiding the ill-fated companies entirely. 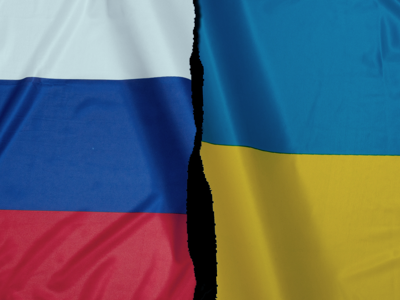 Russia, Ukraine and the importance of active management
TOM GOODRICH, 11 MAY 2022 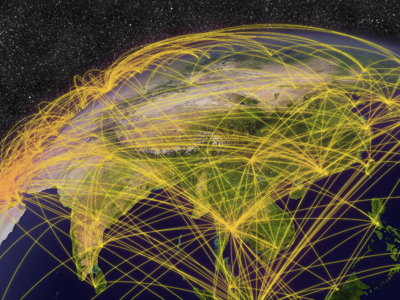 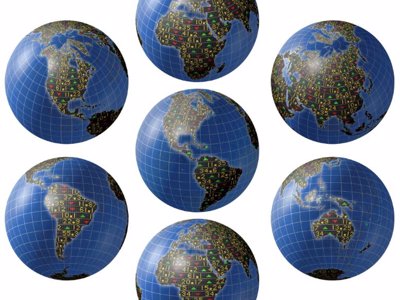 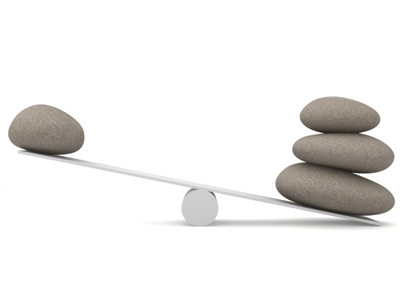