Beats and misses, company reporting season is a critical yet thrilling time for investors. This period provides a scorecard or health check for stocks in the portfolio and those on the watchlist. Every company listed on the Australian Stock Exchange (ASX) is required to report their financial results at least twice a year. The majority release half-year results in February and full-year results in August.

The key metric investors tend to focus upon is earnings per share (EPS). Cleary, fund managers aim to hold companies that beat expectations, something Michael Jackson’s Thriller album did as it spent a record 37 weeks at number one. Beat It, arguably the best song in the album, is exactly what managers aim to achieve.

A turnaround in beats

After several benign reporting seasons for the market (represented by the S&P/ASX 300 Index) as a whole, the February/March period was significantly more fruitful. The chart below contrasts percentage of EPS beats in the most recent reporting season with those across the past five years. 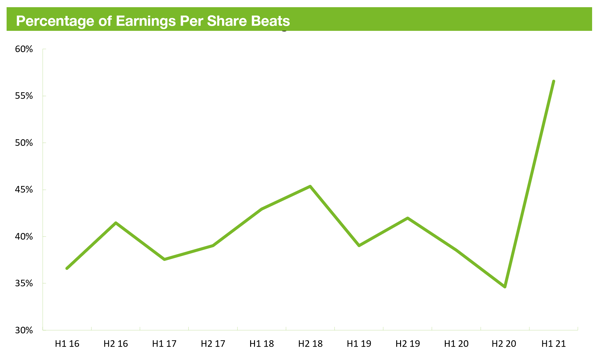 In the February/March 2021 reporting period, more than 56% of companies beat consensus earnings estimates, compared to an average of 41% over the prior five-year period. With investors’ spirit dampened by COVID-19 and very little guidance provided by companies, expectations were too pessimistic, which gave rise to the upbeat reporting season.

As a result, we saw many investors revise their EPS assumptions upwards, as shown in the chart below. 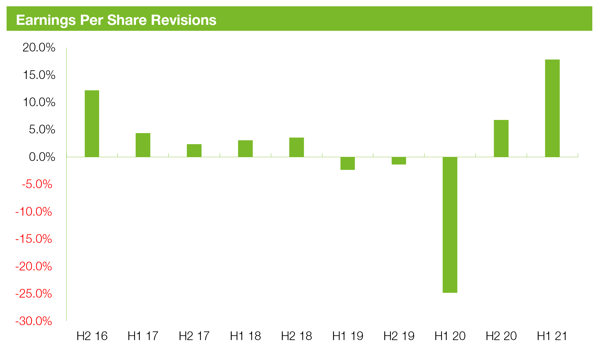 During the February/March 2021 reporting period, the average EPS revision was 18%, which was the largest positive adjustment over the past five-year period. However, this is unsurprising given the impact of COVID-19.

The aim of all investors is to beat consensus expectations whilst avoiding corresponding misses. This concept is highly intuitive, however is there evidence that demonstrates that beats are rewarded by the market?

“No one wants to be defeated”

The chart below shows the performance of stocks that beat and miss EPS consensus forecasts over the following month. 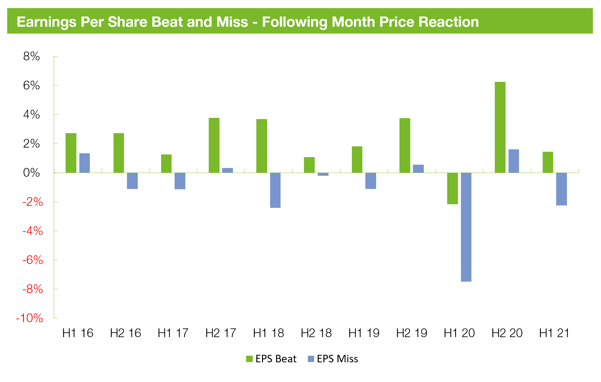 Whilst it seems logical for companies that beat market expectations to outperform those that miss, the chart above highlights the extent of the performance differential between a beat and a miss. During the past five years, a beat, on average, has outperformed a miss by 3.5% in the month following an earnings announcement.

How did our active managers fare in the most recent reporting season?

Whilst detail-focused analysts debate amongst each other when it comes to forecasting accuracy, it’s clear that the goal is not to be precisely right. Instead, it’s better to be on the right side of expectations.

“It doesn’t matter who’s wrong or right. Just beat it.” 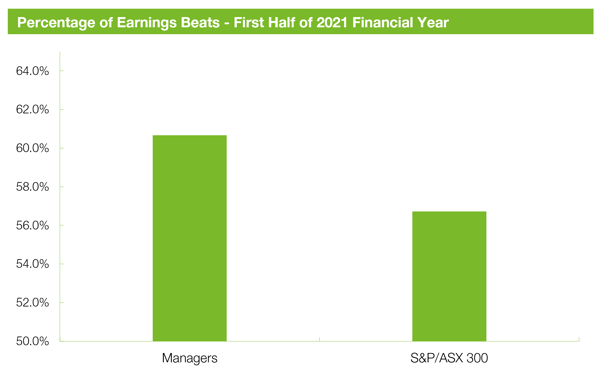 More than 60% of companies held by our rated managers beat earnings consensus. While this is a favourable result, it was also superior to the 57% of beats across the broader index.

Pleasingly, this also translated into strong outperformance of our rated managers relative to the market return, as shown in the chart below. 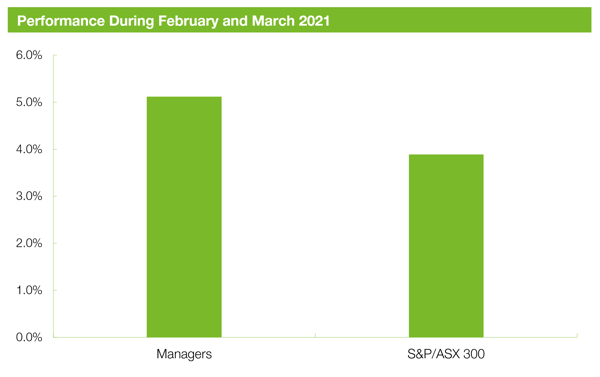 On average, our managers generated a return of 5.1% (after fees) in the February/March 2021 reporting period, compared to 3.9% return for the S&P/ASX 300 Index.

Markets are highly volatile and unpredictable, however clarity is generally provided when a company reports. That is, market noise dissipates and companies trade on fundamentals when key information is released to investors.

The chart below shows how our rated active Australian equities funds performed over the past 10 years on a month-by-month basis. 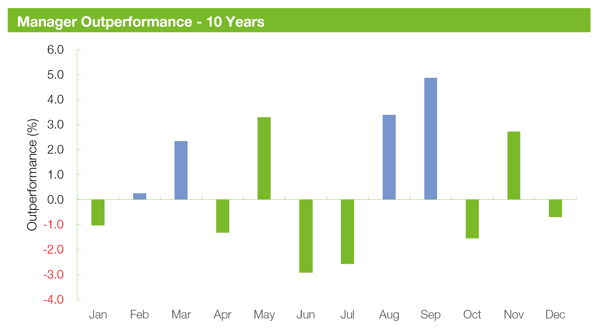 We’ve highlighted the months that represent reporting season – February/March and August/September. Whilst most companies report their results in February and August, we believe the March and September periods are important data points to capture the post announcement performance of either a beat or a miss.

If we further group the months into earnings and non-earnings season periods, as we’ve done in the chart below, then we can clearly see that managers generate stronger outperformance in earnings season than outside of this period. 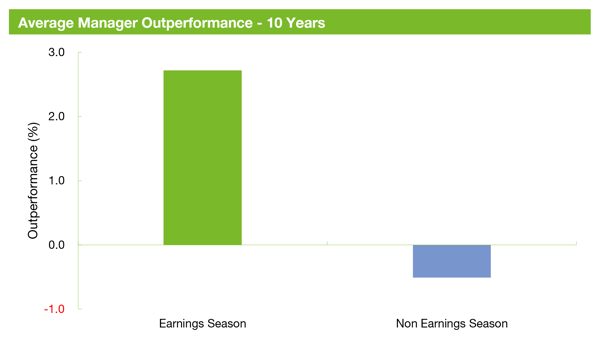 Over the past 10 years, our managers outperformed the S&P/ASX 300 Index by 2.7% during reporting season, highlighting that this period is critical for active managers and their livelihoods.

“You wanna stay alive, better do what you can”

On to the next hit

Following Beat It, Michael Jackson released Wanna Be Startin’ Somethin’, another hit. Similarly, the next reporting season remains just as critical as the one before it.

Whilst we can never guarantee that active managers will outperform in reporting season, one thing is certain after reading this… Beat It will be stuck in your head for the next hour or so.